THANK YOU to everyone at the Long Island International Film Expo for this Best Actress award. I am truly humbled by this honor, and by all the love you’ve shown Victim No. 6!
And a HUGE congratulations to Nancy Menagh for her Best Director WIN!!! 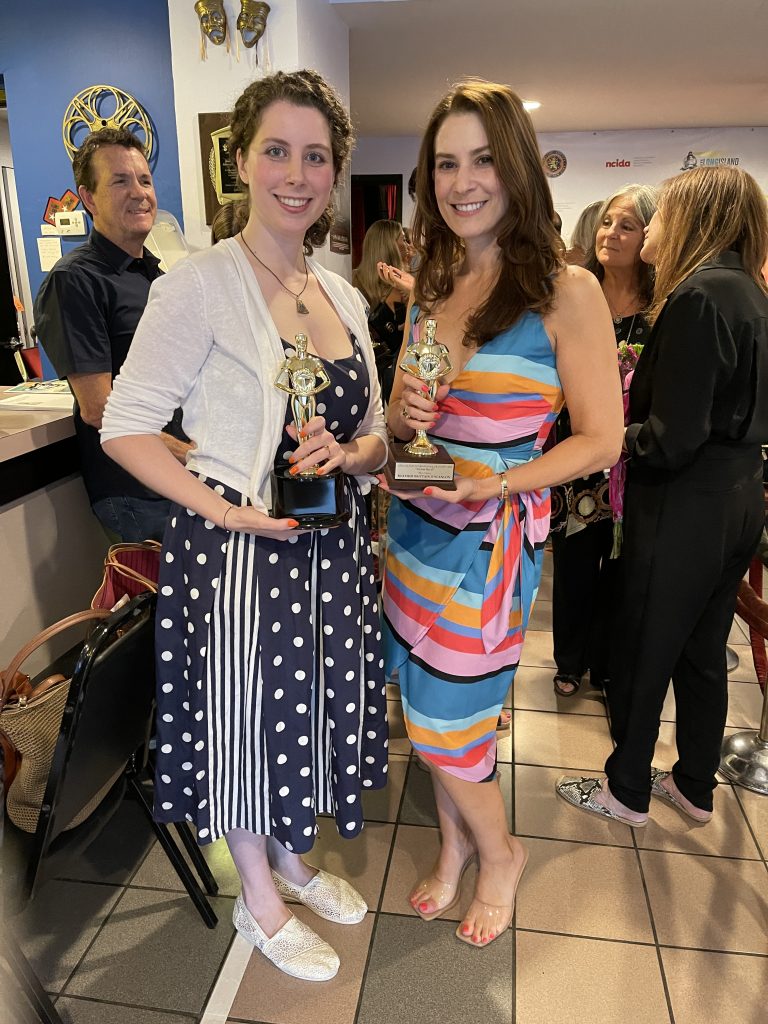 Nancy Menagh (Best Director) & Heather Brittain O’Scanlon (Best Actress) accept their awards from LIIFE for their work on “Victim No. 6”. 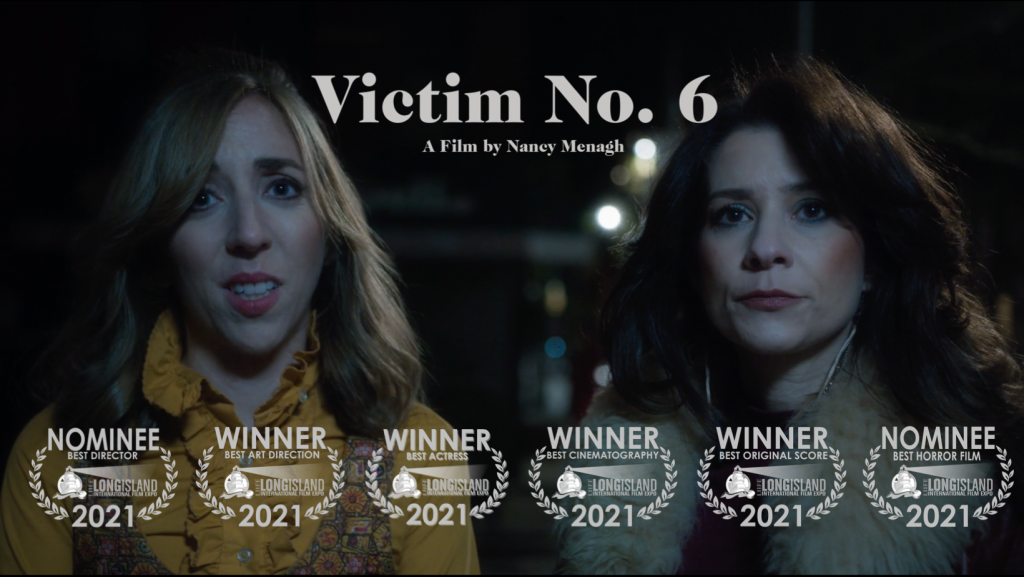 “Victim No. 6” is an Official Selection at Fantasia! 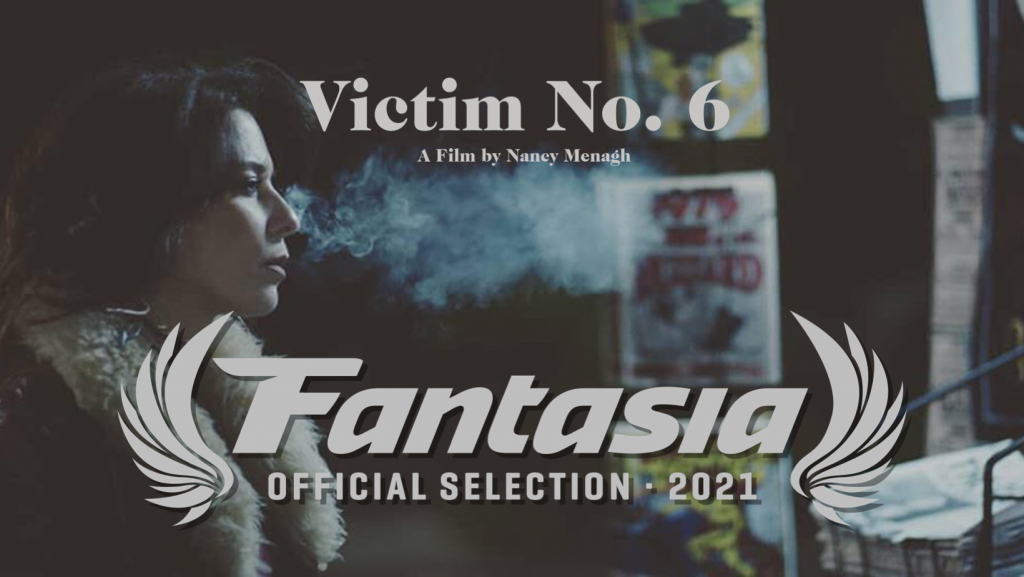 “Victim No. 6” is an Official Selection at Fantasia International Film Festival

“Sharp period detail, a solid central performance from Heather Brittain O’Scanlon, and smart storytelling hooks are the ticket in Nancy Menagh’s award-winning VICTIM NO.6. A serial killer stalks 1975 NYC. That’s not going to stop New Yorkers from having fun in this largely bar-set short. It’s a groovy time. Just be careful who you leave with.” – Mitch Davis
We’re geeking out over this one…
“Victim No. 6” is an Official Selection at the Fantasia International Film Festival!!!
Fantasia has been called “The most important and prestigious genre film festival on this continent.” …by some guy named Quentin Tarantino (!!!)
And this year our little film will be in the good company of James Gunn’s The Suicide Squad – WHAAAAAT?!?!!!!!
So, Yeah. We’re definitely geeking out just a little bit over here. And we feel so honored to be in the company of so many filmmakers whom we admire.
Thank you Mitch, Celia, Eric & team for the warm welcome to the Fantasia Family!
Tickets for virtual screenings go on sale on July 23 on their website films.fantasiafestival.com – and you can start streaming on August 5 through the 25th!
Read More

“Victim No. 6 is an Official Selection at Woods Hole Film Festival! 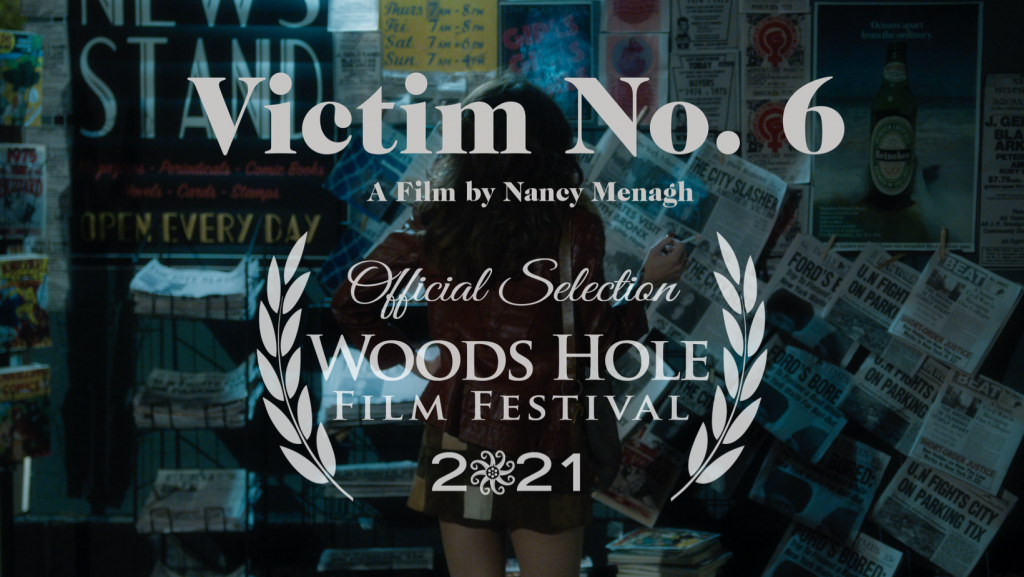 “Victim No. 6” is an Official Selection at Woods Hole Film Festival

I am WICKED EXCITED for “Victim No. 6” to be an official selection at the Woods Hole Film Festival!!!

The festival runs 7/31 – 8/7 in Cape Cod, MA and it will be a combination virtual and in-person event! 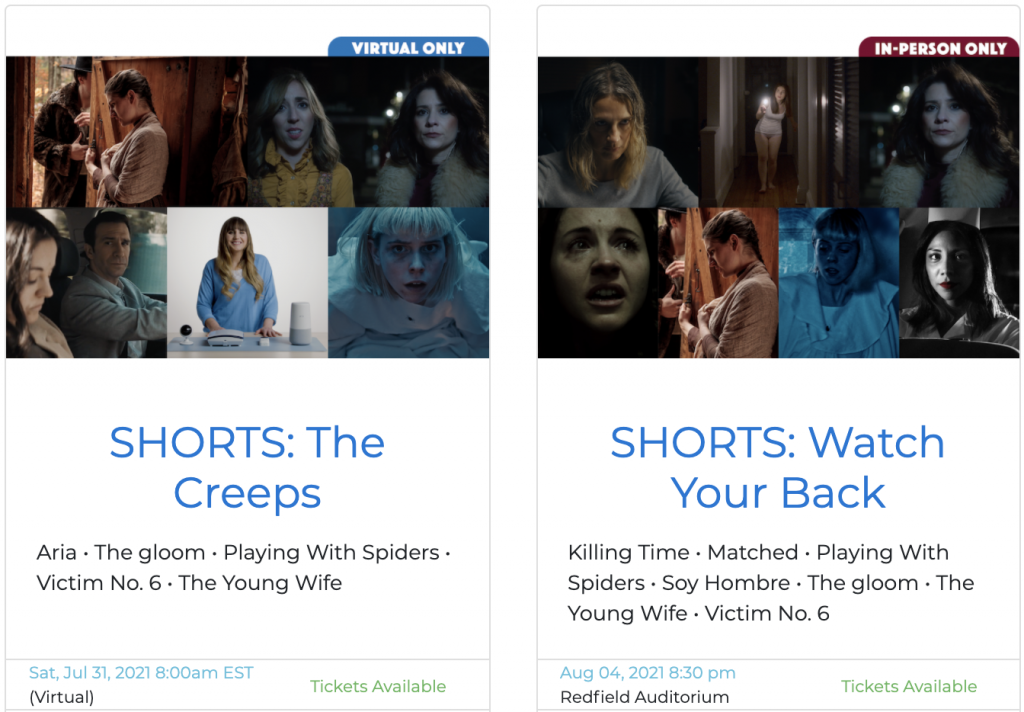 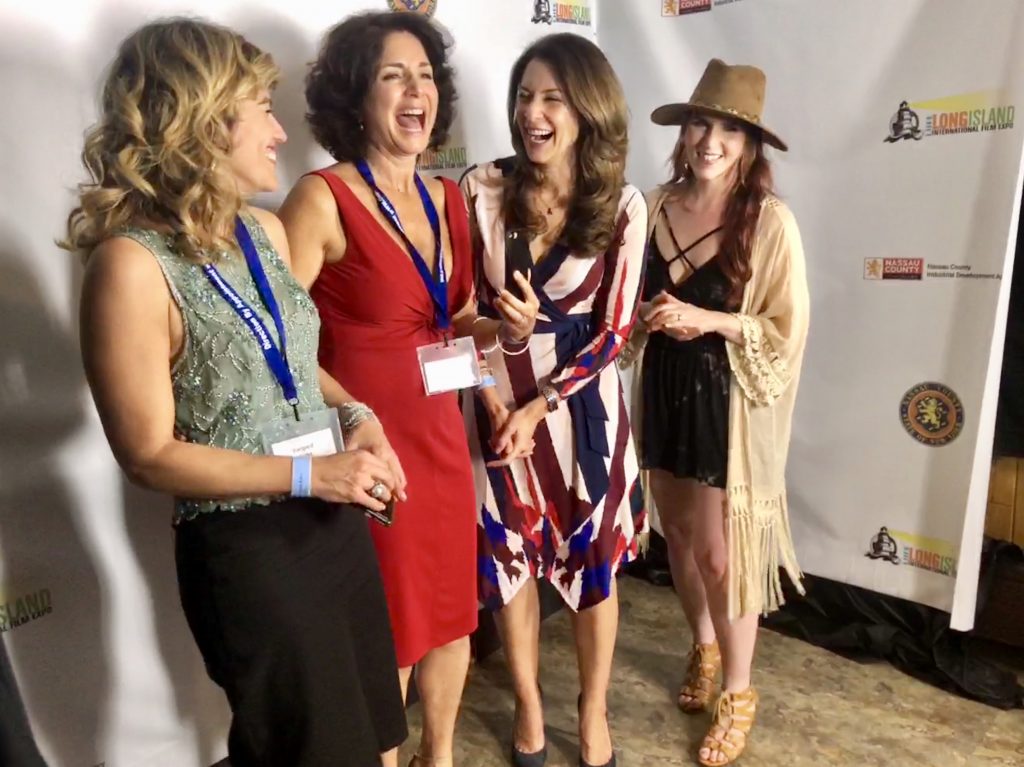 Screening info has been announced for “Victim No. 6” at LIIFE!

New York Premiere of “Victim No. 6” will be at LIIFE 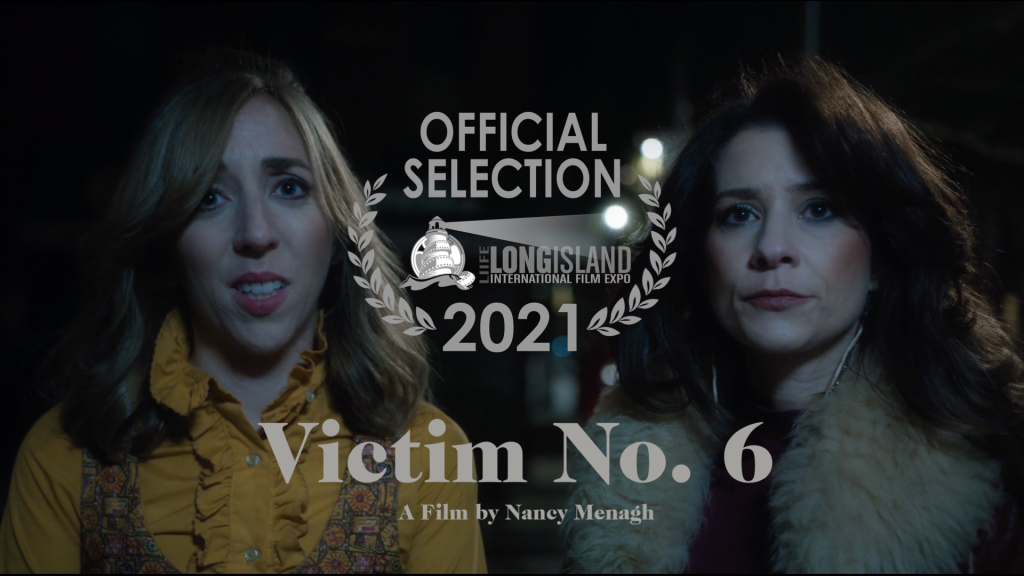 I’m super excited about this one!
We will have the New York Premiere of “Victim No. 6” this summer at the Long Island International Film Expo!
We are screening FRIDAY THE 13th of August at 9 PM with two other fantastic films – “The Killer Across the Street” and “The Andy Baker Tape”!
Save the date for a scary good time! Ticket info will be posted shortly…
Congratulations to all of the official selections and a big thank you to Debra Markowitz and all the good folks at LIIFE!
Read More

Proud to have TWO Films Screening at LIFF! 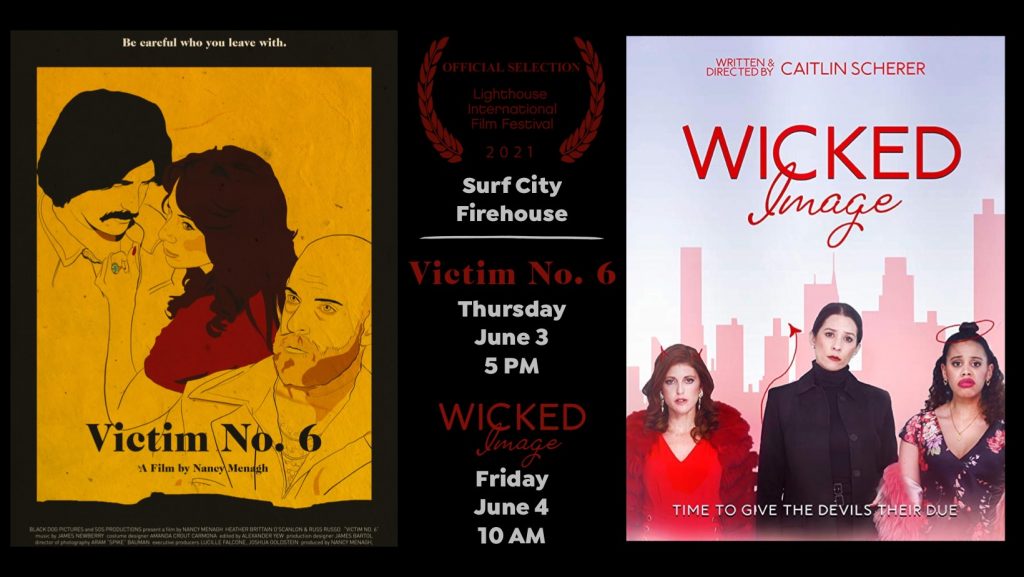 I am thrilled to have both Victim No. 6 and Wicked Image screening at the Lighthouse International Film Festival in LBI in June! It will be a perfect kickoff to the summer – I hope to see a lot of friendly faces there!

I love talking Victim No. 6 & the Garden State Film Festival any chance I get!

“Victim No. 6” Screens at the Garden State Film Festival this weekend! 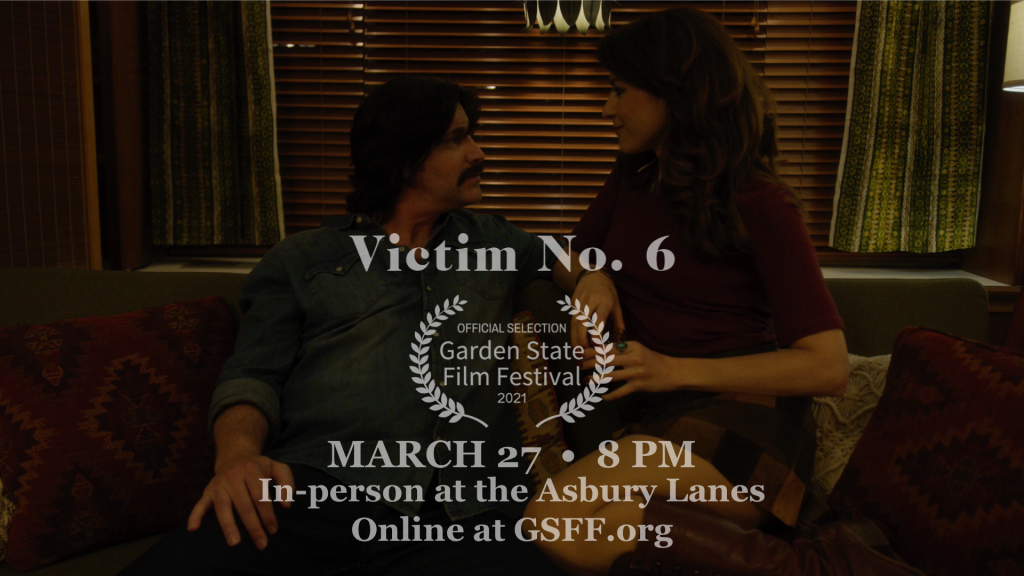 @KennaSaadeh Aw thank you - and Thanks so much for sharing! 🤍